“The real voyage of discovery consists not in seeking new landscapes but in having new eyes.” – Marcel Proust

What is Confirmation Bias?

Confirmation biases are common. We all have them.

In some ways, confirmation biases are useful because they help us to quickly filter and categorize the information flood we face every day. But confirmation bias can also reinforce misperceptions that lead to poor decision making based on incomplete, misleading or wrong information.

In some cases, confirmation bias can be harmless, such as for the runner who believes that eating a bagel for breakfast will help her run better. She will remember speedy post-bagel workouts and forget those slower runs.

But confirmation bias can also be harmful or destructive. The man who considers his unemployed brother’s television viewing habits as evidence that all unemployed people are lazy is damaging to their relationships as well as unfair to the unemployed people he encounters.

Give This a Try 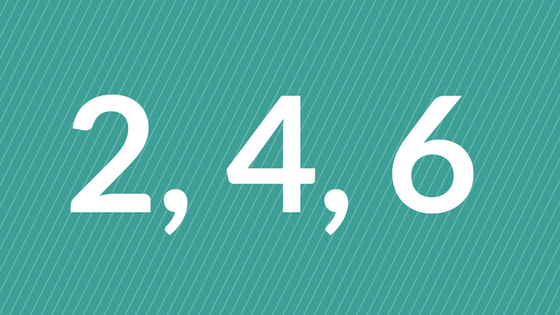 In 1960, Peter Wason, a cognitive psychologist at University College, London, devised a series of experiments in which he asked participants to identify a rule about three numbers.

Participants in the study were allowed to give examples of their idea of the rule, which the researchers would tell them was correct or not.

What numbers did you use to test your theory about the number rule?

In fact, most Wason’s experiment participants thought they had the problem solved after just a few examples that “proved” their idea that the rule was even numbers. Very few gave any examples of other numbers to disprove their hypothesis.

This experiment is a classic example that demonstrates how confirmation bias can lead to wrong conclusions.

The fact that everyone is prone to confirmation bias is one reason that qualitative research, in particular, is best conducted by an outside researcher, rather than by an in-house researcher. Being a part of an association or company, familiar with the thinking, preferences and hopes of that organization’s leadership as well as part of the organization’s culture, creates a filter through which the researcher will search for information and interpret information once it is found.

I had a client who had conducted in-house research to determine the problem with slow sales of a bundle of digital product downloads. They believed that pricing for the product was too high and, indeed, their survey research using a standard price sensitivity meter confirmed that their target customers thought that the product was too pricey. They adjusted their offer, creating an even more generous bundle of downloads. But they were baffled when rather than solving their sluggish sales problem, sales decreased.

I conducted interviews with target customers about the product and pricing. Indeed, the problem was not the price of the product, but the large number of downloads included in the price. The target customers said they would never use so many downloads before they expired and so didn’t want to pay for something they wouldn’t use. As I explained it to the client, it would be like offering a terrific sale on milk as long as you purchased 50 gallons. Who would buy 50 gallons of milk since it would go sour before you could drink it all?

Barbara is obsessively punctual. In fact, it drives her crazy when people are late and this is putting a strain on her marriage because she believes that her husband Mark is always late. “He is always at least five minutes late. Always.”

Barbara’s therapist asked Barbara to keep a written record for a week of when Mark was supposed to leave, arrive or do something he promised to do. Barbara thought it would be a fun game and provide written proof the next time she confronted Mark about his tardiness.

She was surprised when at the end of a week she had recorded 16 situations when Mark was, in fact, on time or even early leaving for work, picking up their daughter from daycare or meeting her at the car repair place to pick her up. He was only late once during the week. Barbara realized that she had been stewing on the few times that Mark was late and not even noticing when he was on time or early.

Groupthink can contribute to confirmation bias. When everyone on a work team agrees with everyone else, playing follow-the-thought-leader or avoiding conflict by just keeping quiet when you have a conflicting opinion, you’re contributing to others’ confirmation bias.

I often saw this at the advertising agencies I worked with, particularly when it came to creative campaigns. Account teams would pile on and agree with a direction

How to Avoid Confirmation Bias

Although self-confidence is a valuable quality in the workplace, humility and a healthy dose of self-doubt could save you from the pitfalls that confirmation bias can cause. Don’t always be so sure that you are right and the other side is wrong. Think about Wason’s study and try to prove your ideas or your theory are wrong.

When facing a decision, be honest with yourself about your motives to take a particular action. For example, if you’re anxious to jump on a recommended stock buy and see all the signs pointing to the idea that it’s a good investment, indulge in some self-reflecting before making the buy. Is your desire to get some quick returns clouding your ability to judge fairly the advisability of the purchase? This is the time to have a structured analysis plan in place to avoid making bad decisions.

Here are some questions to ask when it’s time to make a decision on your beliefs.

And finally, listen to the skeptics of your precious ideas. They provide a counterbalance to your ideas on the issue you are facing. Ask them their views and what shaped those views.